Managing the usual activities during periods becomes challenging because too much blood loss and cramping happen. When you are concerned about periods due to such heavy menstrual bleeding, talk with the doctor to advise you on effective treatments measures.

Signs of menorrhagia may include using double sanitary protection to manage your menstrual flow and even waking up in the night to change the pad protection.

The other symptoms to watch for may include soaking one or more sanitary pads or tampons every hour for several consecutive hours, bleeding to continue for longer than a week and passing blood clots larger than a quarter. The condition may sometimes restrain daily activities due to heavy menstrual flow, and symptoms of anemia to watch for are tiredness, fatigue or shortness of breath.

Get medical help if you experience:

Sometimes, the reason for heavy menstrual bleeding remains unknown, but menorrhagia may happen due to several conditions; common causes are:

• Hormone imbalance. Several reasons may lead to hormone imbalances, such as obesity, insulin resistance, thyroid problems and polycystic ovary syndrome (PCOS). During a regular menstrual cycle, the hormones estrogen and progesterone are balanced, regulating the buildup of the lining of the uterus (endometrium) that sheds during menstruation. However, when a hormone imbalance occurs, the endometrium is produced in excess that leads to shedding heavy menstrual bleeding.
• Dysfunction of the ovaries. Ovaries release an egg (ovulate) during a menstrual cycle (anovulation), producing the hormone progesterone during a regular menstrual cycle. When this does not happen, hormone imbalance and menorrhagia may occur.
• Uterine fibroids. During the childbearing years, uterine fibroids - noncancerous (benign) tumors of the uterus develop, causing heavier than usual or prolonged menstrual bleeding.
• Polyps. Small, benign growths on the uterus lining (uterine polyps) can also result in heavy or prolonged menstrual bleeding.
• Adenomyosis. The condition occurs when glands from the endometrium are embedded in the uterine muscle, resulting in heavy bleeding and painful periods.
• Intrauterine device (IUD). The use of the nonhormonal intrauterine device for birth control may lead to menorrhagia; consult the to ask for alternative birth management options.
• Pregnancy complications. A late period after a miscarriage may lead to heavy bleeding.
• Cancer. Uterine cancer and cervical cancer can lead to excessive menstrual bleeding, especially for postmenopausal.
• Medications. Some medications, such as anti-inflammatory medications, hormonal medications like estrogen and progestins, and anticoagulants like warfarin (Coumadin, Jantoven) or enoxaparin (Lovenox), may contribute to heavy or prolonged menstrual bleeding.
• Some medical conditions. The presence of liver or kidney disease is also associated with menorrhagia.

Risk factors differ considering the woman's age and other medical conditions. Typically, in a regular cycle, the release of an egg from the ovaries stimulates the body's progesterone production, the hormone essential for regulating periods. When this is distributed, inadequate progesterone will lead to heavy menstrual bleeding.

In adolescent girls, menorrhagia can result from anovulation that usually occurs in the first year after their first menstrual period (menarche).

For the older reproductive-age women, uterine pathology, such as fibroids, polyps, and adenomyosis, can be the cause. Other medical problems, like uterine cancer, bleeding disorders, medication side effects and liver or kidney disease are also contributing factors.

Excessive or prolonged menstrual bleeding may cause other medical conditions, such as: 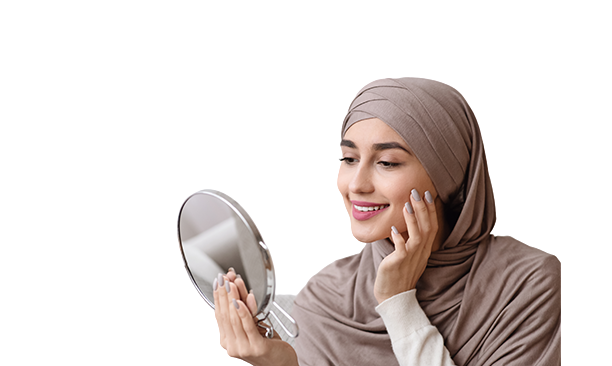