Chronic fatigue syndrome (CFS) is a very complex condition, causing extreme fatigue, lasting for at least six months. Tiredness doesn't go away with rest, worsens with physical or mental activity and cannot be explained by an underlying medical condition.

This ailment is also called myalgic encephalomyelitis (ME), commonly abbreviated as ME/CFS. Recently the term proposed to this condition is systemic exertional intolerance disease (SEID).

CFS signs are sleep doesn't make you fresh, challenges with memory, focus and concentration and dizziness, which worsens with moving from lying down or sitting to standing.

Although the real reason for this condition is unknown, several theories indicate it as a viral infection to psychological stress, one that is triggered by a combination of factors.
A variety of medical tests are done to dismiss other health problems that have similar symptoms. The treatment will focus on fixing the symptoms.

Indications of CFS are different from person to person, and symptom severity may also vary each day; common signs are fatigue, sore throat, headaches, difficulty with memory or concentration, and unexplained muscle or joint pain. The other signs include enlarged lymph nodes in your neck or armpits, dizziness worsening with moving from lying down or sitting to standing, unrefreshed sleep and extreme exhaustion after physical or mental exercise.

Fatigue may be caused resulting from many diseases, like infections or psychological disorders. Talk to your doctor when you have persistent or excessive fatigue.

The cause of CFS remains unknown. By birth, some people have a predisposition for the disorder that is then activated by multiple circumstances, including:

• Viral infections: Researchers suspect that some viruses can trigger the CFS disorder, such as the Epstein-Barr virus, human herpesvirus 6.
• Immune system problems. The impaired immune systems of people are often seen experiencing CFS.
• Hormonal imbalances: People with CFS also experience abnormal blood levels of hormones produced in the hypothalamus, pituitary glands, or adrenal glands, but its significance to this disorder remains unknown.
• Physical or emotional trauma: CFS sometimes occur to people shortly after an injury, surgery or vital emotional stress.
Recognize the risks
• The main elements that raise risk are age, often seen in young to middle-aged adults. And women are diagnosed more often than men with CFS.

Simple lifestyle changes can help lessen the impact of the symptoms, like:

• Reduce or eliminate your caffeine intake to get better sleep and ease your insomnia.
• Avoid drinking alcohol.
• Do not take naps in the day as it affects people's ability to sleep at night.
• Set a sleep routine - go to bed at the same time each night and wake up around the same time, creating a defined body cycle. 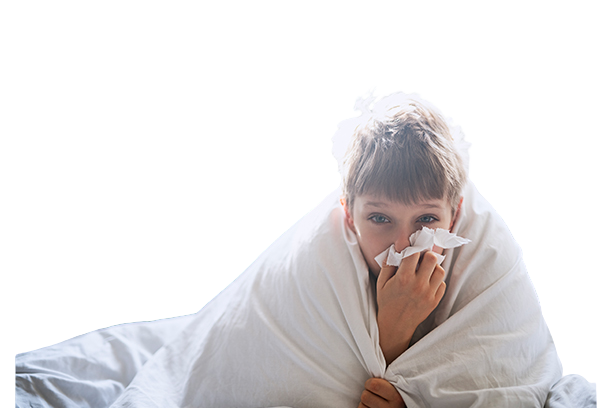