An acute otitis media is a viral or bacterial infection of the middle ear that consists of a small bone cavity (called the "eardrum"), located just behind the eardrum. It most often follows nasopharyngitis. Ear pain and fever are the main symptoms, but in babies, the signs are misleading.

Acute otitis is caused either by a bacterium in 60 to 70% of cases (Haemophilus influenza, pneumococcus, etc.) or by a virus (respiratory syncytial virus, parainfluenza virus, rhinovirus, etc.)

WHAT ARE THE SYMPTOMS?

• The child complains of an earache or blocked ear (hearing loss, ringing). Ear pain is called otalgia and can be more or less severe but sometimes it is very severe.
• The fever is usually above 38 ° C.
• Sometimes otitis is suspected when there is a discharge of yellowish secretions from the ear canal, called otorrhea (often seen in the morning on getting up).
• If the child is too small to express him/herself, the symptoms are very atypical. Sometimes he/she rubs or pulls his/her ear pinna in reaction to the pain. Most often there will be fever, behavior changes, and shows:

WHY IS ACUTE OTITIS MEDIA COMMON IN CHILDREN?

After the loss of the maternal immune protection acquired during pregnancy, toddlers are often ill because their own immune system is not yet mature.
During this period of adaptation of the immune system, nasopharyngitis are numerous, prolonged and repeated. They cause an enlargement of the adenoids which then become a reservoir of germs and hamper the ventilation of the pharynx. These germs present in the nose and pharynx enter the middle ear through the eustachian tube, a conduit that is often short and permeable in toddlers. They are then responsible for acute otitis media.

The risk factors are:

• community life, which facilitates the transmission of viruses and bacteria
• anomalies of the eustachian tube: local malformation, cleft palate, Down’s syndrome
• bottle-feeding, especially if it is done while lying down (whereas exclusive breastfeeding for at least three months is a protective factor)
• premature birth
• history of recurrent ear infections in the immediate family (genetic predisposition)
• the presence in the infant of significant gastroesophageal reflux disease
• the seasons: ear infections are more frequent in autumn and winter, at the time of viral epidemics
• anemia, iron deficiency
• enlarged adenoids
• allergies

WHAT IS THE TREATMENT?

• Act against pain and fever

- place your child in a cool and ventilated room
- do not cover him/her too much
- provide cool water frequently as it is essential to avoid dehydration
- it is not advisable to bath the child at 2 ° C below its temperature
Aspirin should not be administered to children without medical advice because of the risk of developing a rare but serious disease, Reye's Syndrome.

They are prescribed depending on the appearance of the eardrum and the age of your child.

Observe the doses and duration of the prescribed treatment. Do not stop the antibiotics even if your child is feeling better. The effectiveness of antibiotics depends on the correct follow-up of the prescription made by your doctor.

- Paracentesis, combining sampling and bacteriological analysis to identify the germ, it is sometimes useful in cases of acute purulent otitis media after failure of medical treatment.

- Ear drops containing antibiotics if your child has a runny ear

Acute otitis media usually heals in five to ten days, either spontaneously or with treatment. If the eardrum is perforated, it closes usually in about ten days.

Persistence of chronic tympanic perforation is possible, especially in cases of recurrent acute otitis media. In the absence of tympanic healing, surgical treatment is necessary (tympanoplasty).

- meningitis,
- mastoiditis: infection of the mastoid (bone behind the ear),
- Facial paralysis by damage to the nerve when it crosses the ear region ...

In the event of recurrence of acute otitis media, the causal factors are taken into account in the treatment choice: removal of adenoids (adenoidectomy), management of gastroesophageal reflux disease, allergy, etc.

The onset of otitis media is possible due to the malfunction of the Eustachian tube. An effusion behind the eardrum can persist without inflammation, pain or fever. This effusion often goes away within two to three months. If it persists and in case of hearing loss, the installation of an ear tube may be proposed. 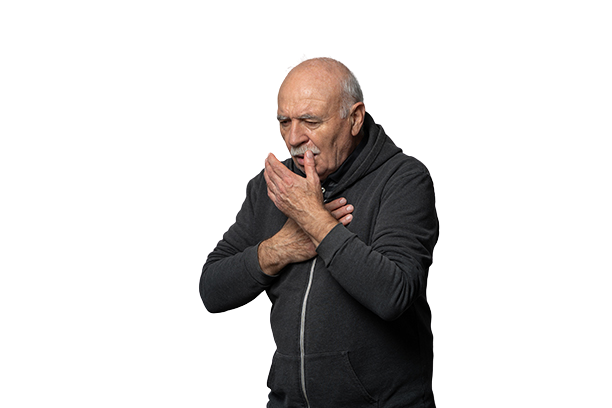