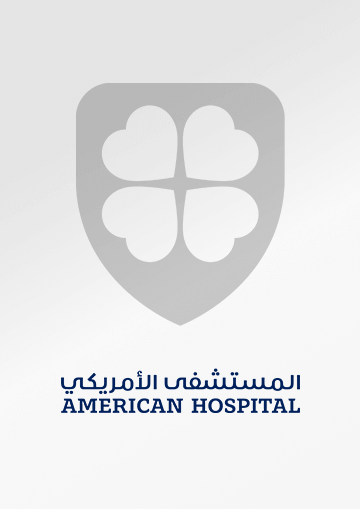 Professor Youssef G. Comair, MD. FRCSC. He is an internationally recognized authority in Neurosurgery for his pioneering work in pediatric epilepsy surgery and brain tumors. Dr. Comair received his medical degree from St Joseph University in Beirut, Lebanon, and completed his neurosurgery residency at the prestigious Montreal Neurological institute, Mc Gill University. He subsequently was appointed assistant professor and Chief of Pediatric epilepsy and brain tumor surgery at the University of California at Los Angeles (UCLA) where he and his colleagues contributed to establishing epilepsy surgery as an essential treatment modality of certain types of catastrophic epilepsy in childhood. In addition, he pioneered the use of awake craniotomies for the resection of brain tumors in the eloquent cortex. In 1992 he was appointed head of the division of epilepsy surgery at the Cleveland Clinic, Cleveland, Ohio.

In 1998 Dr. Comair returned to Beirut to lead the division of Neurosurgery at the American University of Beirut. During his tenure, the division of neurosurgery became the pacesetter of Neurosurgical care in the region. He founded the first comprehensive epilepsy surgery program in the MENA and eastern Mediterranean region and introduced several neurosurgical advances, including; Deep brain stimulation (DBS) for epilepsy and Parkinson disease, awake craniotomies for resection of brain tumors in the eloquent cortex, intracranial recordings for evaluation of epilepsy surgery, Neuronavigation, Stereotactic radiosurgery, endoscopic surgery, selective rhizotomies for spasticity and cerebral palsy and torticollis. Intracavitary radioactive treatment of craniopharyngiomas and several other innovations.

In 2006 Dr. Comair was appointed professor and Vice-chairman of the Department of Neurosurgery, Baylor College Of Medicine, Texas Medical Center. Houston, Texas, and Chief of neurosurgery at St. Luke’s Episcopal hospital, Houston, Texas.

Dr. Comair has educated scores of Neurosurgical trainees in the MENA region and the United States, authored more than 120 publications in Peer-Reviewed journals and two leading textbooks of Neurosurgery. Also, he contributed chapters to more than 40 textbooks in his specialty. Dr. Comair has received multiple awards and recognitions and has been invited visiting professor to the most prestigious neurosurgery centers, including Johns Hopkins University, The University of Chicago, University of Wisconsin, University hospital of Vienna. He is a diplomate of the American Board of Neurosurgery and a fellow of the royal college of surgeons of Canada. He serves on the board of directors of the world society of functional and stereotactic neurosurgery and has been elected to the pediatric epilepsy surgery committee of the international league against epilepsy (ILAE).

Our Physicians are all American Board Certified or of equivalent, supported by western trained Perfusionist, Nurses and support staff.